The JRS offers its members a full-colour quarterly journal called "Bullet-In" with 48 pages A5 size. The journal is the only regular publication not in Japanese, that is completely about Japanese Railways. 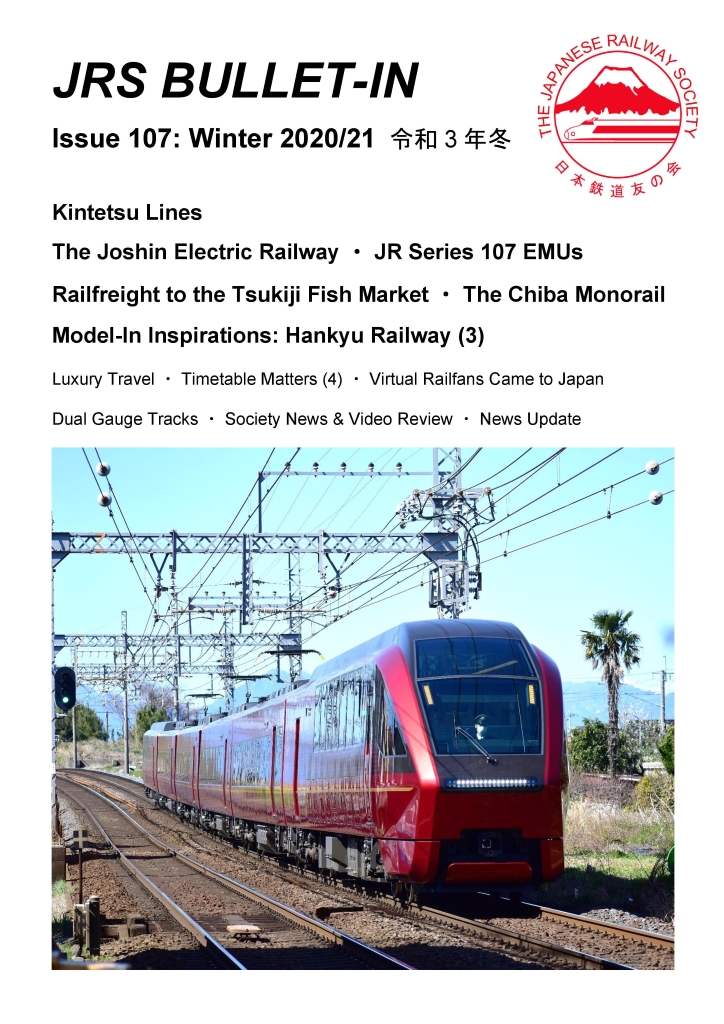 for fans of the prototype and models, old and new. Contributions are welcome and should be sent to our Chairman.


Our magazine is available via subscription only.

The Japanese Railway Society produces a series of videos. Some, in co-operation with Keio Teito Electric Railways, feature aspects of that company's operations. Others, filmed by Anthony Robins and Oliver Mayer, take a thematic look at various types of operation, including freight and trams.

The JRS holds its AGM in the London, usually in May but is subject to change. The AGM date is always announced in the journal and on our Events page. In Europe, there are several informal meetings throughout the year mostly in London & South-East England but also in other locations. In Japan, there are several informal meetings and weekend tours occurring, typically in the Kantō-Chūbu-Kansai areas, occasionally venturing further afield. Visitors from other regions are always welcome to join. Tours


The society has organised many successful tours to Japan:
There is also an annual & informal 'Veteran's Tour' where many of our long-term members
journey around the rails of Japan, often selecting an area in particular and occasionally
taking a side-trip to areas of rail interest in other parts of Asia. This annual tour usually
takes place in the first half of each year. Please contact our Chairman for further details if you would like more information about these informal tours.